June has been wild for game events and we were there for the whole ride. Guerrilla Collective had its inaugural launch and Steam Summer Festival boasted more than 700 game demos. So let's have a look at what these events were all about and how Modern Wolf was involved.

A band of indie publishers and developers, which included Fernando the Modern Wolf Boss and current lock-down Beardmaster, decided that while larger showcasing events have slots for indie games, none really focused fully on them and allowed for a grassroots strategy of how events are run and how to build up excitement.

Guerrilla Collective was conceived as a showcase specifically for the indie game scene where everyone got their moment to shine, show off and share their projects. It also saw all involved rally together supporting each other, sharing trailers, links and hyping fellow indie friends up. If you'd like to know more details about GC straight from Fernando check out his interview with TheSixthAxis.

How the world first found out about GC was through mysterious posts from every account involved, simply sharing an image that on its own didn't quite make sense. After a few of these posts went live people on Reddit and other forums began to hunt for more and try to put the puzzle together.

Then all was revealed, Guerrilla Collective was officially announced and would be part of the Summer of Games festival that included events hosted by IGN and reveal shows from other groups.

So how did the actual event perform? Well not to howl too much but pretty damn good. The weekend of GC was an active one to say the least, all the devs were online sharing news and trailers of games that either were teased or completely hidden until GC. Press coverage was continuous, waves of positive social media comments were flooding in and people had a smorgasbord of new indie games to get excited for. 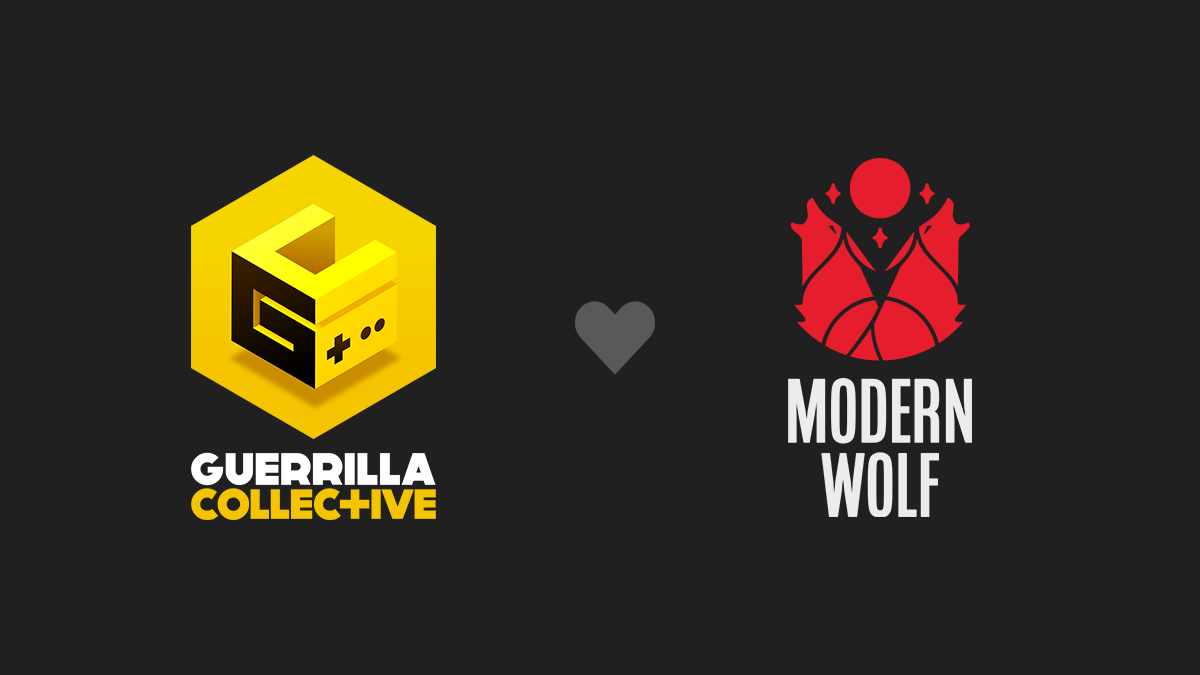 What did we show off? Glad you asked without any prompting - Skeleton Crew had its first full trailer go out as part of Guerrilla Collective.

The trailer was a success and it looks really cool if we do say so ourselves. The mastermind behind its creation is Jeremy Nixon who has been sharing behind the scenes tidbits if you want to follow him on Twitter. We're also just really grateful that this gif happened.

So GC was a success and a lot of fun but we didn't have any time to breathe because next up was the Steam Summer Festival or Steam Games Festival (the hashtags were not always consistent).

We brought 3 of our 6 current games to the festival and what that means is that we set demos for each game live for the duration. We also teamed up with some great streamers to show off the game-play and help people get a feel for the tones and styles they'll encounter before the games launch.

EternalSteph and BobDuckNWeave played Kosmokrats and it was a hoot to watch and seeing the comments from their viewers during the live-streams.

Then we had Daniel Fedor creator of Neo Scavenger and Ostranauts play the latter game as it was the 3rd title that was part of the fest. This gave fans a chance to ask him some questions and what better way to understand what a game is all about than from the dev themselves playing it. You can watch his Demo Stream below.

All in all June was super busy but it was also super important for our games and for many people in the indie game scene. If you played any of the demos or want to chat about any game we're publishing here's a few places you can check out and join the Wolf Pack Community.